If you are trying to install the Elasticsearch 7.* in CentOS and Cpanel, you are probably seeing your Elasticsearch is installed, but not starting with an error like the following:

The error appears if your tmp directory is not writable and executable by Elasticsearch. You need to make two changes, to make Elasticsearch start for you.

and add the following line:

You should be done now, you may start your Elasticsearch:

Please also remember, Elasticsearch needs at least 3GB of RAM to start. If you have lower RAM than that, you are probably hitting OOM killer of the system.

Cpanel incoming mails are failing, with an error in the exim_mainlog as following:

The error is appearing due to some permission issues with the exim db or the files are corrupted. These files recreate when the exim restart. Hence, we can do the following:

You should be done now.

The error appears when you try to run easyapache or try to install PHP 7.4 on Cloudlinux 7.9, it puts you on the following error:

It is trying to look into a sub-sub version of openssl, which is 1h for PHP 7.4, but 1i is installed by default which is not an exact match with 1h, hence the error is appearing. To fix the problem, you can not just run yum update on openssl and fix this as you technically already have the latest version. To work with this, you need to first uninstall the ea-openssl rpm and install the require version. You may do this in the following way:

Fix it with the following:

Remember to use rpm uninstaller instead of yum remove, as yum also removes the dependencies, but with rpm you can skip the dependency uninstallation and patch it the above way.

To uninstall the Cpanel / WHM plugin for Let’s Encrypt, login to your SSH for root and run the following:

It might take sometime, once completed, it should remove let’s encrypt as a provider from your AutoSSL plugin.

Let’s Encrypt is a popular tool to use free SSL for your website. Cpanel comes with Sectigo free ssl service through requesting and pooling system. Although, you might feel interested in getting the SSL released immediately without a queue based approach, and would prefer to use Let’s Encrypt that’s why.

There are two ways, you may install Let’s Encrypt in Cpanel.

First one would be using the plugin created by Cpanel. Login to your server as root:

Then, run the following to install Let’s Encrypt in your cpanel system

It might take a couple of minutes, then it should install Let’s Encrypt as a provider in AutoSSL.

Now, go to WHM >> Manage AutoSSL and select Let’s Encrypt as the provider instead of Sectigo Cpanel default. You need to check the Agreement rules under the Let’s Encrypt selection and you may create the account in Let’s Encrypt using the same tool.

Once done, your new SSLs would be issued using the Let’s Encrypt tool through Cpanel AutoSSL plugin.

There is a 3rd party tool, existed before Cpanel provided a plugin for Let’s Encrypt. It’s FleetSSL. One key benefit of using FleetSSL is that, it allows the Cpanel end users to control issuing and renewing the SSL from Cpanel. One key cons of using FleetSSL is that, it is not free of charge, it comes with 30$ one time fees. But mainly hosting provider would not mind to use this as it is a nice addition for the end user feature set in a hosting provider’s point of view.

You may check for details here:

Now, once you complete installing Let’s Encrypt SSL, you may now use Let’s Encrypt for different cpanel services like webmail/cpanel/whm/calenders/MTA services. You may check the following to know how to:

If you have recently ran upcp and the WHM initial setup wizard is stuck in a URL like the following:

This should take you to the WHM home by letting you save some of the new WHM features and will not ask again for initial setups.

The error is very obvious. It means the account is over the quota. But what if it isn’t? This error is generic, cpanel throws this, whenever it fails to upload the file, regardless of what error it returns. There is a possibility that your IDS (Intrusion detection system) is discarding the upload, so double checking the IDS log should help you to conclude that. But what if, that is also not the case?

Ok, that can actually still happen. It happens when the customer uses cloudflare and uses cloudflare to login to the cpanel using cpanel proxy and then use it to upload the file. Cloudflare sees the upload going through web and blocks it. So, just double check the domain he uses to login to the cpanel, and check whether it uses some kind of 3rd party web application firewall loaded application or not like Cloudflare. If it does, that could be the case!

By default, if you are trying to add TXT record from cpanel, you would probably see a screen like the following 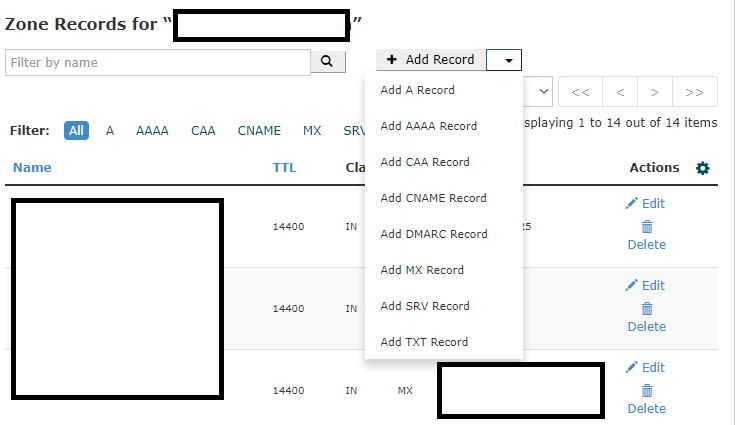 This is when you might require to create a /var/cpanel/userdata directory using the valid /var/cpanel/users directory. We ended up in this situation and written the following bash code to do the job for us:

while read line; do

Cpanel given cache rebuild command is:

Once the cache removal/build is completed, you may now rebuild your httpd conf file:

I remember when I first entered into the hosting business during 2004, LayeredTech used to be an unbeatable datacenter in the market. They were mostly competing with the ThePlanet at that time and both were market leaders for the users who used Datacenter premises based on monthly rent. When Softlayer started populating some of their automated system like OS reinstall, IP addition, port control etc. using the shared VLAN & BIOS level control with almost all server through the use of KVM (IPMI from Supermicro was fresher in the market, and SL started giving away a Java app ‘IPMIView’ that had access to both console and a fast tty, it used to be DRAC before from Dell, which was eventually developed by Supermicro, I believe they still do), everything started falling a part for LT. LT gradually started focusing on ‘Enterprise Only’ institution. I eventually forgot following LT over the year since 2008.

Since Softlayer had started growing, which they eventually done in extremely fast manner, they merged with multiple companies (ThePlanet was the most notable and talked), and become the largest consumer based datacenter in the world, beating OVH. Since then, I have only seen Softlayer growing, even though with a very high grade price range they have in the market.

Since they were acquired by IBM, there are complains, Softlayer is focusing more on Enterprise Customers. They have started employing several restrictions over the year. The most recent one is blocking Mail Transport & sanctioned countries in US, all over the Softlayer network (Remember Softlayer is used by many as an IP Transit, that possibly mean, you will loose customers or visitors from a non-sanctioned country if his ISP, who is possibly not Softlayer, but utilises Softlayer IP Transit).

Mellowhost, all the way back in 2004 (It had a different branding before, ‘Mellowhost’ had come in operation from January, 2007), started with 3 vessels from LayeredTech. Over the years (2005-06), we had moved to Softlayer as our primary datacenter premise. We had expanded in Softlayer for straight 8 years before we had realised, Softlayer doesn’t exactly have enough options (I will possibly going to post in details what are they) in hardware, that can utilise and bring your web hosting technology to the newest, which helps improving performance of your web server even for the old clients.

Then we basically started focusing on many other providers and geographically spreading our options over last 2 years. We have chosen providers that let us configure the server according to our choice. Not necessary colocation, but if we want, we can purchase hardwares that we want to use for our Servers (Like Crucial MX200 instead of Samsung Evo or LSI with Fastpath or LSI with Cachecade or a premium 8 bay hot-swappable chasis that is not usually done by the provider). We now utilise a complete Cloud like system where we can move our IPs from hardware to hardware whenever we want, with only restarting the virtual network device. Our system allows us to use DRDB, that can be used for network mirroring at any point of time if a client is expecting a high traffic for very specific period and wants to pay for that only.

Even though, we are almost done shifting from Softlayer, we haven’t completely left Softlayer premise yet. We still have two servers with them, one is in Houston (The premise that was previously owned by ThePlanet, used as a Houston based Shared Hosting for Mellowhost) and the other one is in Dallas (where mellowhost.com runs). Server that we have in Dallas, wasn’t my concern to worry as we have been using ManDrill for sometime now to relay our mails from mellowhost.com. So if Softlayer blocks Mail Transport for this server, this won’t be a problem at all. But the problem was with the Houston server that we have. It was indeed in my mind to switch this server to another provider, but to be honest, I have been a great fan of Softlayer over the time, and literally I have been with them since the start of this company, wasn’t at all interested to completely leave the company for my customer’s purposes.

Then again, it was impossible to add an investment for this server in a hosted smarthost like mandrill or sendgrid as the server has a large number of average emails per day. This server has been on board for last 6 straight years, hosting decent amount of long term clients. You should be able to guess the size of the emails that are sent everyday. This is basically why, we deployed an MTA as smarthost in our Psychz Dallas facility and started relaying our mails from the Houston server over 587 TLS port. This basically worked greatly, to be honest, better than expected. We have employed variant type of spam protection in this server as it had a completely different CPU to process everything, most notably ASSP with mailscanner. We were able to reduce the spam in a great number over last couple of weeks through the use of remote Mail Transport. We will have to calculate how feasible it is to employ this over all other servers that we have. Most important problem with this setup is the SPF. User’s spf should use the Relay server and the MTA both in the TXT line. We did the addition using ‘sed’ for all the current users in Softlayer server and notified the clients, but we later realised there are people who uses ‘Cloudflare’, and we had to find them to manually do the update. The process does have a lot of pros and cons, but a survey will possibly let us know how we can use this as an option for our other cpanel premises. While this goes for future, this system is essential right now for our Houston server, as the local mail transport is no more working since 2nd February, 2016, Softlayer blocked Mail Transport out!

If you are a Softlayer client, and going through the same pain of blocked mail transport, then you are in the same ship as we are, and probably want to use a relay like we did through a cost effective channel unlike ManDrill or Sendgrid.